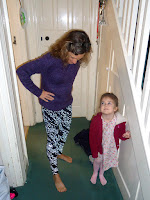 Love my Christmas present, best running tights in the world EVER. Black in the cold light of day (or night), but illuminated like stars when a lights shines on them or when photographed with a flash. Very very cool.

If I were to do a word cloud infographic of me and all the words that matter, it would include the word ‘stars’. And rose diamonds, adventure, running, love, desire, rivers, treasure, Source, walls, space, island, ocean, life, challenge, pioneer, pearl, desert, writing, words, future…..

Stars
Stars feature in the bible quite a lot and one of my favourite ever phrases is from Philippians 2, “……shine like stars in the universe as you hold on to / hold out the Word of Life”. I think that when God made people is His own image, He put some of His light into us, and as far as I know, (clearly I’m no Professor Brian Cox) stars are the only things in the universe that can be seen because they shine their own light rather than by the reflected light of the sun.

So in the interests of raising the standards of my life, today is a day to shine like a star as I hold onto and hold out the word of life. I want to be shining in running and in life (you know me, can’t separate the two). For the record, I see other people shining like stars too, often way before they see it themselves. So I'll be running and shining and living like a star, and I would so love it if you'd come with me. Who's in?