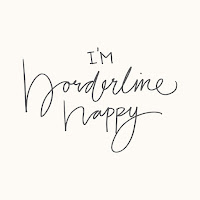 I don’t do cards, and I’m not very good at letters, so, here’s my own version of the round-robin, the Jacqueline Haas Story 2016. Let's knock the bad news on the head first, then it’s easier to end on the highlights.

Borderline
I was diagnosed with Borderline Personality Disorder a few weeks ago, having lost pretty much everything in my life to it. (more info at the bottom of this post for those that are interested). It’s by God’s grace, and good support that I didn’t lose my own actual life, though I’ve been in A&E a couple of times, and have taken several overdoses. Now that I have a psychiatric diagnosis, I’m able to get help and to understand what my brain is doing or not doing correctly, so even when I want to die now, I go immediately for help rather than drugs. (OK, sometimes I still go for drugs, but I’m still new to this)! I stopped eating, sofa surfed, self-harmed, etc etc, bad stuff for a while. Also, my relationship ended, though I’m back now living with the 4 children, plus my eldest son’s girlfriend, who’s lovely.

OK, so let’s back track.
In January I started up Walk2Run (like the logo?), where I coach mostly non-runners to be able to love running, with a special eye on beating suicide and supporting good mental health. Incidentally, at that time I had no idea that surviving suicide would become part of my own story.

Turns out it was / is very successful, and over the year we’ve trained over 100 people to run, 70% had never run before in their lives, the oldest are 76 (there are 3 of them), and there are also around 10% under 15s. I’ve had to drop it for a few months while I get well, but that’s temporary.

We’ve attracted local funding and we work out of local community venues, also providing refreshments afterwards so you get the social bit done too. It’s so lovely. I qualified for my coach license in September, which means I really have something more to offer, and have managed to secure even more funding for the new year (times and dates to be posted on FB shortly).

Of my 4 kids, Greg is the runner. He comes along to sessions which helps me, but it’s also a real pull for others his age because he’s one of the cool kids and enthusiastic. Actually, little Anna loves to run too, she did her first official race when she was 3.

My personal highlight
My own personal highlight of the year is when I Raced to the Stones – a 62 mile race from High Wycombe to Swindon over the Ridgeway, all cross-county. I did it over two days, camping overnight after day 1. I came 6th out of 638, that’s men and women, but the best bit was that I was first lady across the line on the second day
This picture shows what it felt like – I had just run 62 miles. 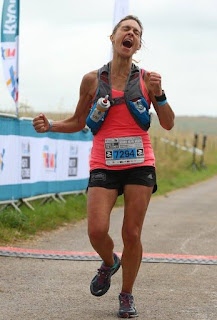 Beating the odds
That’s how I’ll remember 2016, that moment, that victory, that personal story of crossing the line and beating the odds.
And it’s how I’m going to do 2017 – I’ll keep putting one foot in front of the other until I make it.

Because God always finishes what he starts.

Come and run with us, it might just save your life J

Information on BPD
Borderline Personality Disorder is a lifetime disorder, not like depression, more like Aspergers apparently. Nope, I had not heard of it until this week either - here's a short video to fill you in on what it is and how it feels. Also the link to Mind UK is useful.