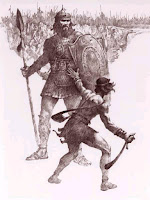 Yet there’s something in me that longs to make a BIG difference in my small-sized world.

Many of you will know that my personal mission in life is to beat suicide through running. And before you ask, no, I’m not sure exactly how. I just know that there’s a divine connection between running and the downfall of suicide, so I keep running in faith even as the details are being worked out.

In the interests of research, I’ve begun reading a paper per day on the subject of suicide, and I’ve recently taken up suicide prevention training.

In all that I’ve read and heard about, two things strike me.

1. Statistics.
800,000 people per year die by suicide, and for each of these, an estimated 20 others have attempted suicide. (source ,WHO). That brings the total to 16,800000. Add to that all those that are deeply affected by suicide, the friends, family, colleagues and communities who are the survivors of suicide. Let’s say that’s 15 each. We can add another 12, 000,000. This brings our total to 28,800,000. Nearly 30 million people each and every year are affected by suicide.

You’d be forgiven for feeling it’s a David and Goliath type fight.

2. Life wants a way
One of the very most important lessons I’ve learned about suicide through my own experience and supported by professional training and my research so far is this: people, by and large, want to LIVE. Please listen to this. People want to live. It’s just that they want so badly to stop hurting.

This alone gives me so much hope. This, THIS is where our battle really is.

It is a David and Goliath fight for sure. But lest we get downhearted about that, remember who won.

Every Step we take Counts, so here are some ways you can join in.


Personal Disclaimer
I’m just a runner. If you or anyone you know is feeling suicidal right now, it’s really important that you contact someone in your area straight away. Help is near.

Come and run with us, it might just save a life.